Technical Information
Is it a Real SS?

The 1970 Monte Carlo brochure reads as follows for the SS454 model:

This page is to provide information about the First Generation Monte Carlo SS. 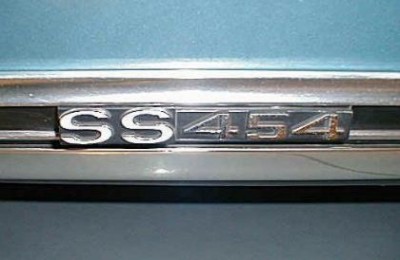 In 1971 the SS added additional markings on the rear of the car.  This included having the "BY CHEVROLET" tag replaced by "SS", chrome strips added to the top of the rear panel below the trunk, the rear panel painted black and a rubber bumper pad.

These emblems are the only way to tell an SS Monte Carlo from the outside.

The best way to check to see if a car is a real SS is the build sheet.  The build sheet will have the Z20 option listed - Monte Carlo SS.  There is no indication of the SS option in the VIN or data plates on U.S. built Monte Carlos. Canadian built 1970 and 1971 SS454 Monte Carlos will have the Z20 code on the cowl tag. See the GM Restoration Packet page for a Canadian built 1971 SS454 option list.

All SS Monte Carlos in '70 and '71 were 454s and all 454s in '70 and '71 were SS cars.  So, if there is a numbers matching 454 in the car, that is a good indication it is a real SS.  The VIN should match the serial number on the engine.  The engine serial number is usually found on the machined surface of the block just forward of the right cylinder head.  It may also be found on a pad on hte side of the block near the oil filter.  The serial number will start with "CRN" for '70 and "CPD" for '71.

All SS’s definitely have:

The compressor is mounted on the inside of the left inner fender. 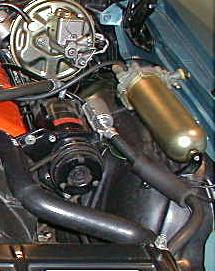 The leveling valve in mounted on the body and attaches to the left rearend control arm. 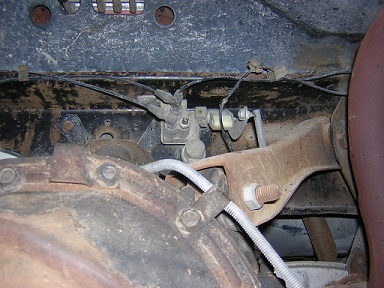 The shock protector plates are bolted to the rear just inboard of the lower shock mounts.

Also look for the black plastic air line along the left frame rail.  The line was held in place with clips on the brake lines.

M20 – 4 speed transmission – (no proof yet of any in existence, show us your build sheet)

Convertible roof – again, no documented proof, lots of tales though…

An SS may have:

D55 - console - NOT part of the SS package, if it is present it should have the burlwood top that matches the dash.

A51 - Bucket Seats - NOT part of SS package, some SS454 cars were built with bench seats.

U14 - Gage Package - NOT part of the SS package, SS cars may have warning lights instead.

This page is maintained by Dave Mau and Leo Konik.  If you have any information, comments or questions, please contact Dave or Leo.  Some of the photos above were obtained from various sources.  We have attempted to contact the owner of each photo but we were still was not able to contact everyone.  If we have used one of your photos and you wish to have it removed, please let us know and we will do so immediately.